This blogging malarkey can be daunting, overwhelming. At times it seems to be a burden, a self-imposed millstone around my neck that I started ages ago and cannot quite shake off. This is especially the case when you have just crammed in an epic few weeks with your Dad exploring as much as you can of a small part of the gargantuan landmass of Australia. So many photos to try and fix up a little with the inept tools provided by Windows 10. So many words to write. So many opportunities to be mildly humorous and maddeningly self-deprecating. Where do I start?

The thing is, I know when I do start to write that I can get into a groove. I enjoy it. Partly I am writing to myself; a record, a reminiscence. Like anyone, I can prosper through purple patches of prodigious prose and struggle in sufferance stringing sentences into some semblance of structure. Alliteration might be a side-effect. A cold beer can provide aid, something I was going to get twenty minutes ago before I got distracted by writing these last two paragraphs.

So, I actually found a remaining Kirin Cider in the fridge and with the influence of a little Japanese Zen (hic) decided that the best way to approach things is through the time-honoured application of baby steps. Baby steps that are moments that are recollections that will stand the test of time. In effect a highlights reel, starting with a ride from Canberra up the coast of New South Wales… 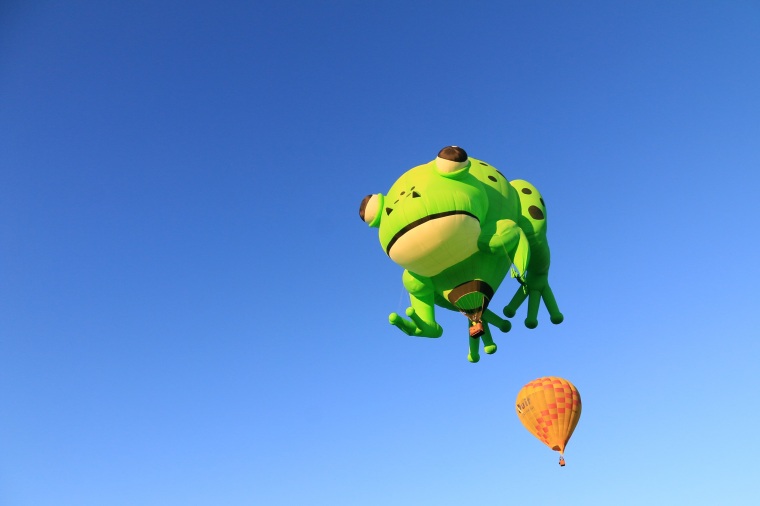 In March Canberra is nearing its annual state of perfection. The mornings become crisper, the air calmer, the flora and fauna engaging in a frenetic dalliance before things quieten down. In the month in which Canberra was born, Canberra is reborn from the fierce heat and drawn-out holidays of summer. Canberra celebrates with lights and fireworks and food and balloons. One elongated fiesta.

It is an early Saturday morning and the clear air of dawn is steadily lightening down by Old Parliament House. At such an hour it is almost an affront to battle for a car park and find yourself immersed into a hubbub of people, cars, and brightly coloured material lain upon dewy grass. The roar of a gas flame is like a road train rumbling into your dreams, awakening the slumber as much as it is enlivening balloons. Lumps of bright red and vivid green begin to emerge from the encircling crowds. Bulbous spheres and irregular shapes take form; a helmet, a heart, a frog, a bird. It turns out – like us – hot air balloons come in all shapes and sizes.

From the east, the first balloon ascends peacefully, almost unnoticed, into the air. This precipitates a flurry of activity as everyone follows its lead. Like bubbles effervescing from a newly opened raspberry lemonade, one after the other pop up into the deep blue sky. There must be twenty, thirty…where they all came from goodness only knows. And even though you have seen this before and will probably see it again, it leaves you mesmerised, as enchanted as the four-year-old by your side. And all before breakfast. 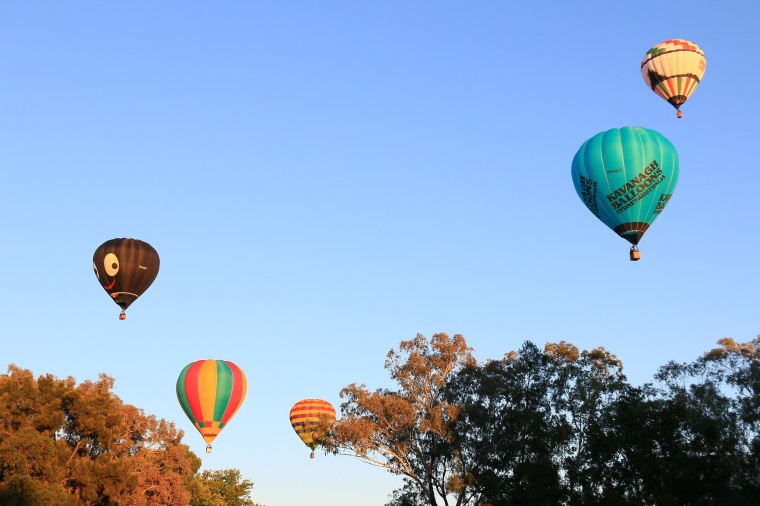 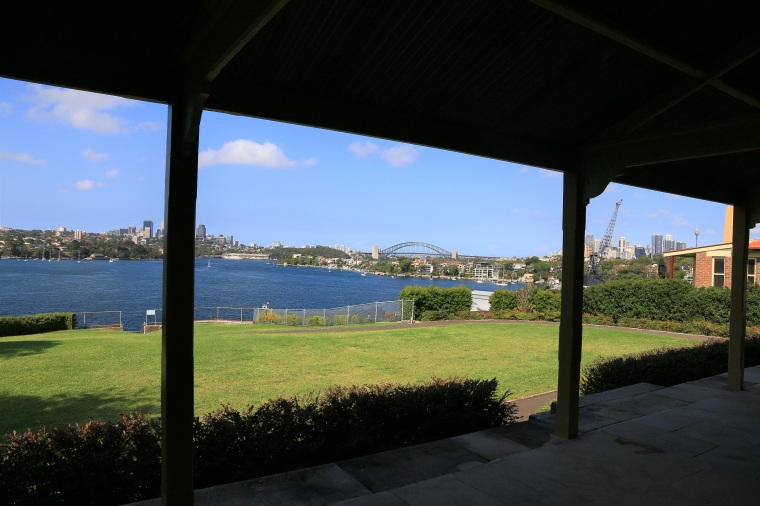 Memories are rarely made of drives up the Hume Highway and M5 and certainly not along the A3 towards Ryde. The sparkling city of Sydney struggles under the burden of traffic and industry spreading across its sprawling suburbs, a long way from the Qantas songs atop harbour bridges and Paul Hogan leisurely cremating prawns by the beach. Eventually, increasing proximity to the city’s famed water is signified by gentrification and then ostentatious wealth, passing through salubrious homes nestled into Hunters Hill and lining the water at Greenwich. And all this can be yours – well maybe not all this – for $89 a night.

What you do get on Cockatoo Island is a spacious tent, a couple of far from plump mattresses and some fold up chairs to lounge upon the deck. Water is never far away, meaning that ferry rides are a necessary mode of transport. After exploring some of the fascinating buildings and shipbuilding remnants upon the island, you can catch a late afternoon ferry towards the city, truly glistening in the sinking sun. Along the way you are reminded that – despite the exclusive homes with private moorings – so much of this waterfront is accessible to all. And while I am sure there are some fancy enclaves for rich people dressed up very smartly, practically anyone can buy a drink down at the Opera Bar and pretend they are a millionaire. 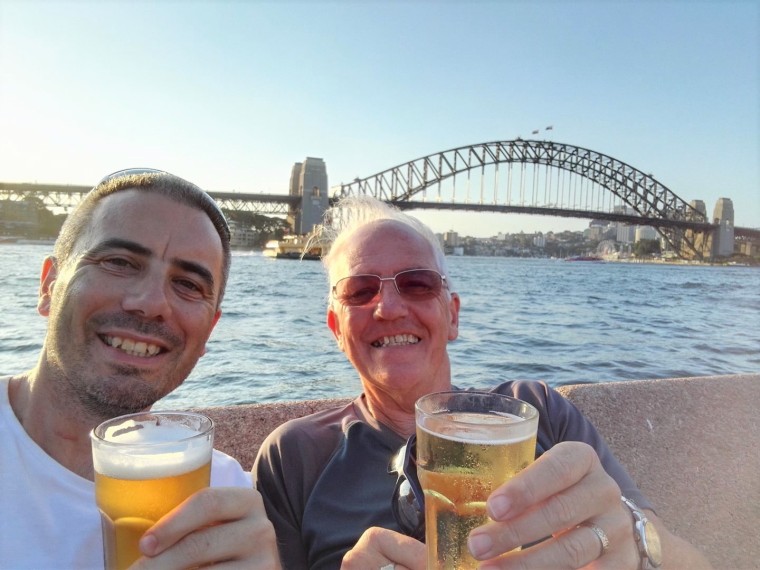 In hindsight it seems perverse to think we were going to give Sydney a miss on this trip, partly because of the Sydney of M5s and A3s and its procession of diesel haulage and concrete junctions. To bypass is to miss the opportunity for the Sydney of Qantas songs atop harbour bridges. To bathe in its icons and soak in its unashamedly self-satisfied ambience. To sample the transformation as the sun goes down and the illuminations glow. To feast on a delicious dinner that didn’t involve a camp stove or washing up in the dark. And to ride back upon the water, under that bridge, as the skyline of the city lights stretch out onto the horizon and an $89 mansion awaits.

Getting out of Sydney the following day was better than expected. But then where does Sydney really end? The Central Coast almost seems an extension of the sprawl of the city, one which proves infuriating when you veer off the main motorway. Places like The Entrance, Toukley, Swansea, Charlestown and – finally – Newcastle blend into one elongated strip of shops, retirement homes, caravan parks, lagoons and exceedingly sandy, exposed (in more than one way) beaches.

Myself underestimating the scale of Australia and its distractions along the way, it wasn’t until late afternoon that Dad and I reached our destination in Port Stephens. And though missing spectacular sunset skies while waiting for fish and chips was symptomatic of the day that had been, the saviour came in Zenith Beach. Wedged underneath the volcanic-shaped mound of Tomaree Head, its fine white sand, foot-soothing water and refreshing air was just the tonic after a day in a car, a day amply washed down by fish and chips in the dark. 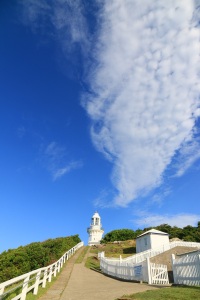 While memories can be magnified or maligned by multiple visits, there is something special about breaking new ground. A stop around South West Rocks and Hat Head National Park provided many highlights, one of them being that this was new territory for me, Dad and the car. We all quite liked the drive alongside the Macleay River, with its green watery pastures, tiny weatherboard towns and cowbirds. We all liked a lot less the potholes around the national park campground by the beach. We were fond of the lighthouse and its views, but not so keen to traverse a rough track to some mythical walking trail. Still, if we hadn’t switched to a different walk we might have missed the sun going down. Everything works out for the best in the end.

With the sun vanquished, cooking by torchlight is not the easiest experience in the world but when it’s a simple one pot taco feast the satisfaction is all the greater. Following such sumptuousness at home there’s a fair chance we would lounge back, probably unhitch the belt a notch and – depending on context – watch His Royal Highness Danny Dyer whack some bleedin’ tool good and proper in Eastenders. In a rustic camp with a pit toilet and little else, entertainment is on an altogether more monumental scale. Look at the stars, look how they shine for you. 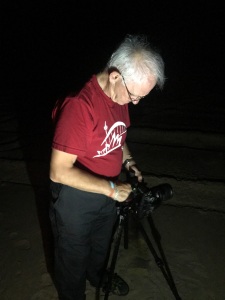 The beach is pitch black barring the beam of light circling upon the lighthouse. The sound of waves suggest ocean somewhere vaguely nearby, a roar magnified without any other disturbance at night. The sea breeze is cooling and evaporative, seemingly keeping the blood-sucking bugs at bay. The fine sand sustains a tripod and the sky offers an infinite, ever-expanding canvas. The photos may not have turned out brilliant, but the shared experience, the learning, the new adventure was. I daresay it was even better than Eastenders. And on that bombshell, bom, bom, bom, bom-bu-bu-bu-bum.