With the undeniable passage of nature there are sure signs that winter in Canberra is slowly ebbing away. There have been a few recent days in which I have left the house without a coat, while the sunlight is waking me up well before seven and allowing me to read almost until six. Wattles explode, daffodils unfurl, the odd fly is resurrected and finds its way into my living room for what seems like all eternity.

That’s not to say winter is entirely done and dusted and – with it – the satisfaction of a roast dinner, a glass of red and an evening hunkering down until the early hours watching sport beamed direct from the sometimes sunny skies of Europe. The Ashes is the latest incarnation of late night TV toil, in which the morning session emerges during the prime time of evening followed by a drift to tea after midnight. Sometimes I stay up late and sometimes it’s worth it. Like a shiny cherry battered by Sir Ben Stokes, it can be hard to sleep straight after, such is the insane frenzy that has just taken place.

Of course, usually about now I would be in England, so it is part galling but part elevating to see Leeds bathed in unseasonal hot bank holiday sunshine. Bored of some of the drearier TV commentary I might tune into Test Match Special, delivering another evocation of Englishness. The good, wholesome Englishness involving short long legs and a discussion of cake in between bouncers. Not that other Englishness espoused by others. Without vision, the radio commentary paints a more vivid picture in my head of an England for which I might yearn.

But here I am having almost successfully navigated my first full Australian winter, in the coldest city of the lot. Has it been hard? Well, not really, partly a consequence of strategic breaks away, warm sunshine beaming through glass, roast dinners, red wine, Ben Stokes, and no doubt the upward trajectory in global temperatures as previously predicted by those pesky experts who we have all apparently become sick of.

And then it snows for a weekend and suddenly the accumulation of 200 years of temperature records can be instantly dismissed by the cast of crazy characters featured on the sitcom known as Sky News. The ‘Antarctic Blast’ delivering a bit of cool drizzle to Melbourne and a touch of breeze in Sydney, dusts the higher hills and peaks around Canberra. It’s the kind of event that happens every few years and makes a Canberra winter all the better. For there is an unmatched beauty when the snow comes to the Australian bush.

There’s certainly a freshness accompanying an early Saturday morning jaunt upon Urambi Hills, but the sun is out and the wind has dropped meaning that, before long, I’m wanting to strip off during the march upward. Even the locals are unfazed, the youngsters popping out to gaze towards the snow for the first time in their lives. 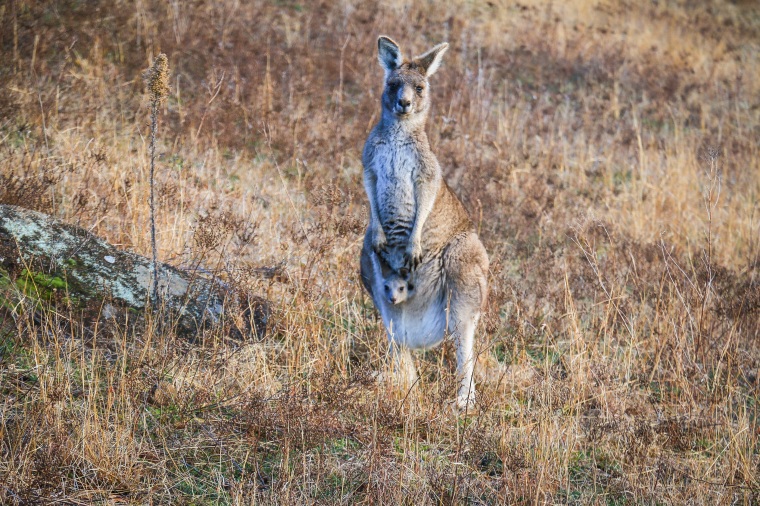 From afar, there is little hardship, little severity to be found in the sight of snow-capped hills. Getting closer to the snowline in Tidbinbilla, you do begin to feel the penetration of winds swirling over the ranges, picking up icy particles and moisture and delivering them to idiots like me waiting patiently on an exposed lookout. A sleety shower whips through quickly, before a valley of thousands of eucalypts are bathed in sun. 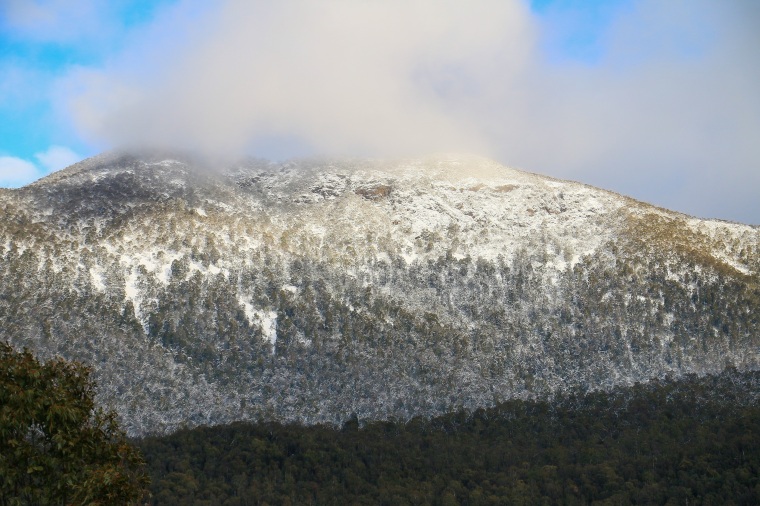 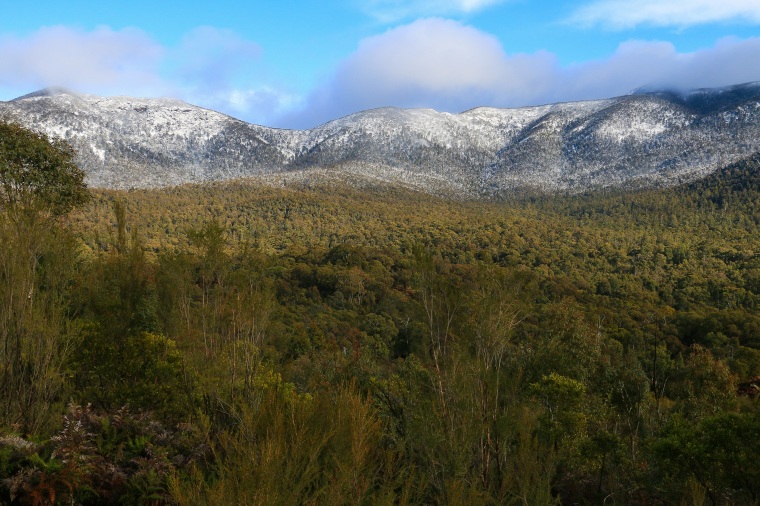 From this perch, the snow seems tangible, touchable. Attainable with, hopefully, relative ease. And that’s the way it proves, driving to the Mountain Creek area in the reserve. A few cars are here but it is blessedly sedate, lacking the queuing, slush-churned melee of Corin Forest after a few flakes. Close to the car park, youngsters screech and coo in delight and disappear off into the forest. A trail of footprints furrow a path into the trees, eventually joining a fire trail that will go on and on, up and up, all the way to Camel’s Hump.

It would be folly to climb to the summit today; though judging by the footprints there are a few committed mountaineers in the area. However, walking up just a little and the snow thickens, the sledge tracks fade and untouched pockets of snow lap at the ankles. There is a pristine quality to the scene, a fresh blanket filling in the imperfections of the bush. A gentleness given to a landscape so often forbidding. For a change, snakes will not be a worry. 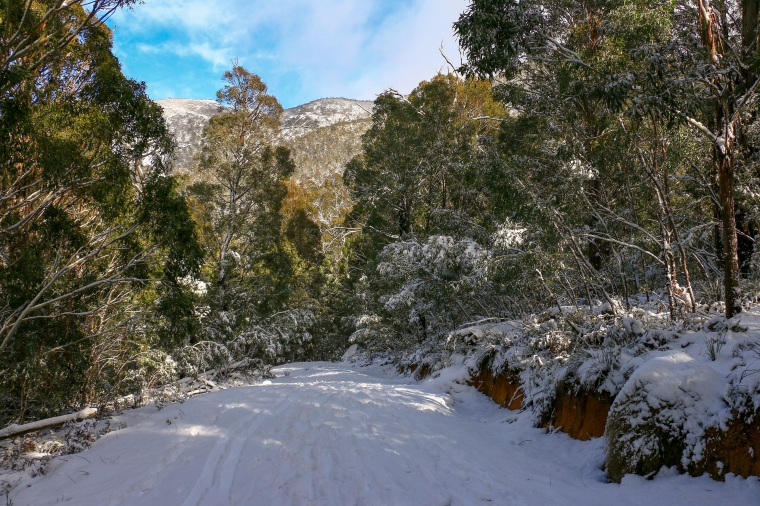 Still, best not to linger as my feet are starting to numb and the day is drawing on way beyond optimum coffee time. As I head back down it’s noticeable how the depth of snow has already lessened, patches of mud are now creeping through, churned up by increasing traffic heading into the forest.

The snow will disappear soon enough, and the wattles will continue to burst forth, the blossom will suddenly sprout, the joeys will escape the comfort blanket of mum’s pouch. The winter will draw to a close, the light will lengthen, and I’ll be in shorts moaning about the heat before you know it. Barbecues will replace roasts and more decent sport will be on at a decent hour. Australia will return to its natural, sun-baked, fire-blasted state.

Yet a part of me will miss the cold, miss the late nights in Leeds, miss the excuse for slow-cooked heartiness. And I will miss the experience of anticipation of a spring just around the corner. Maybe not quite as badly as Nathan Lyon misses run outs, but missing all the same.