There was a somewhat fitting addendum to my journey in supposedly great Britain, a transitional phase elongating the journey between two hemispheres. Norfolk is rarely likened to Australia – though it is the driest region of the UK and famously has an in-breeding rate some hick towns in the outback might aspire to. Yet being here felt one step closer, one step nearer to that other home down under.

Norfolk is now home to Jill, someone who I associate with so much of Australia, having covered many miles together crossing a wide brown land. And so, a weekend here had parallels: coastal walks, bird rolls, coffee and cake, and an infestation of boatpeople. The Broads, like a Noosa Everglades of tangled waterways, is plied by extravagant cruisers and basic tinnies, festooned with birdlife, and regularly adorned with waterfront retreats. Very Australian; though here, little Englanders can live on their very own island and control their borders until their hearts are content.

It is quite possible to get a roast dinner in Australia; even when it is forty degrees there will be waterfront homes boasting a chook in the fan-assisted humidifying oven, accompanied by roasted vegetables that undoubtedly include pumpkin. While the roast dinner may be a relic of colonisation, its pure deliciousness has helped it to endure as a great British export, even if it does become bastardised with pumpkin or somehow cooked on the barbie with a can of beer up its arse. But the roast is best fitting in its true home: a cosy pub on a grey day.

It is also quite possible to get coffee in England; even if you are truly desperate there will be a Costa Express at the servo down dale. The thing is, you really need to have cake with it to compensate for the likelihood of receiving a giant cup of hot liquid somewhere in the range of blandly mediocre to bitterly dreadful. I can adapt to this situation, but the thought of returning to Australia and having a coffee fills me with a little cheer.

England or Australia, Jill and I always do our very best to eat and drink well. 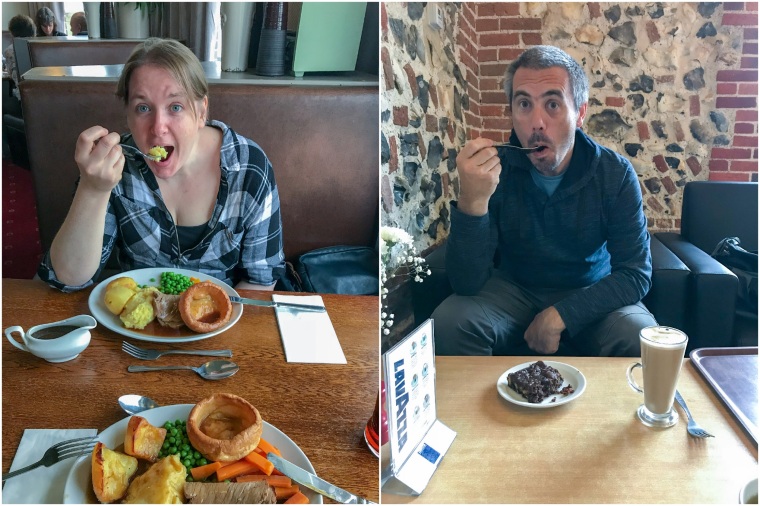 The good thing is we traditionally tended to walk such things off with potters around Sydney Harbour or ascents of Grampian hills. A Saturday spent on the North Norfolk coast offered conditions for a good old bushwalk, with typical weather to boot: warm winds and clear skies probably bringing temperatures I had not felt since August. Centred around the sprawling estate of Sheringham Park, the walk including lush forests, lofty lookouts, dried out pastures and placid seas. The pebbly beaches are far from Bondi, but they can equally host a tasty bird roll picnic. 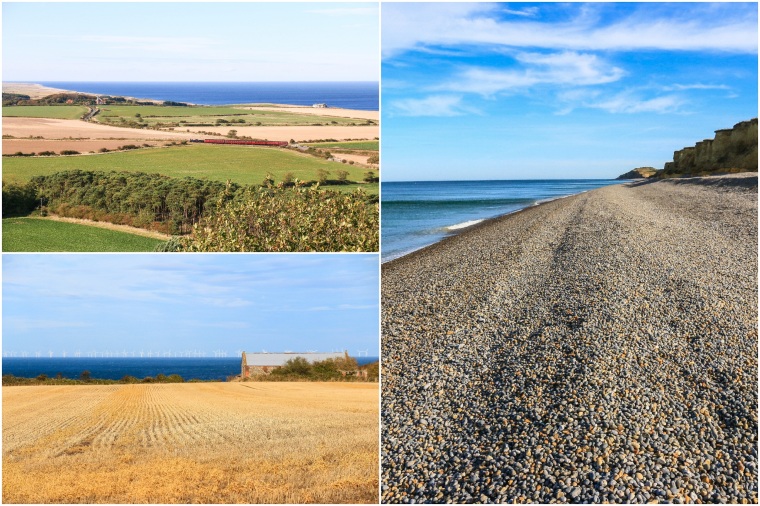 This landscape was naturally far from Australian, but it was also a slightly different type of England, distanced from that familiar land of heavily undulating green plunging into the Atlantic. I was no longer home on my way home, still happily soaking up lingering remnants of what is great about Britain but preparing my mind to embrace Australia again. A long transition was in play, like that of the leaves around me, gradually drifting away towards their winter…

…And just like that the world spins and you fight against it for a day or so in this never-never land of cold air and reclining seats and unappealing movies and rice with two lumps of what might be chicken. Dessert is more of a highlight because it involves – somewhat poetically – Salcombe Dairy Ice Cream. Here I am on a Singapore Airlines A380 headed for Australia and dessert comes from a little patch of paradise on the south coast of Devon. In that taste of creamy cherry are the lush meadows and deep blue seas of home. I can see Bolt Head, as clear as day. 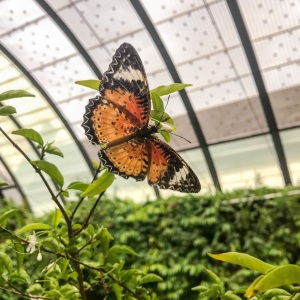 At some point the world becomes tropical. There are bright lights, acres of glass and miles of travellators. You could buy a Rolex or a roti with some weird money. It is five in the morning and people are eating dinner. You are somewhere in the world at some point in time but not much of it makes sense. If only it was all a dream, the relaxing sound of running water and floating butterflies lulling you into restful sleep…

…restful sleep feels like such an unrealistic aspiration. You are back in your own bed, surrounded by your own comforts, but even the 3am sounds of a boring discussion on Radio National do not cause eyes or mind to yield. It can be tough, that first week being back, but it can also be filled with joy.

The joy of finally getting the journey done counts for a lot. But there are also those home comforts, a re-acquaintance with certain foods, my car starting, a new but familiar environment, the coffee…the coffee and the sun and catch ups with friends over coffee in the sun.

As I leave one autumn, the promise of spring pervades, amply exemplified in the lavender going crazy and weeds liberally taking over my garden.  Everywhere flowers and blooms and fresh green buds, from the manicured terrain of the Parliamentary Triangle to the sprawling native treasures of the Botanic Gardens. Shorts are more often than not feasible under frequent blue skies.

Maybe it’s the season, but the blue skies you find in Australia do not seem to exist in the same way in the UK, in Europe. They are bigger and bluer here, more intense and infinitesimal. They create boldness and vibrance rather than subtlety and nuance. They can make the landscape appear stark and saturated. This difference like a polarising filter thrown over my eyes.

Only as the longer days edge towards their end does the light soften, but even then there are hues of summery gold and laser red projecting onto hills, eucalypts and rapidly rising apartment windows. The sun does its reliable trick of shifting forever west as the world turns, west to embrace the rest of the world, the world from where I have come. A sun forever shared across the miles, permanently, naturally transitional.